Tranquility Base Hotel and Casino is the worst Arctic Monkeys album to date. I probably “just don’t get it,” but considering they’re my favorite band of all time and have found everything they’ve done to be brilliant, I was incredible disappointed in this new album. Most of the lyrics come off completely void of any personal connection, which is what has always resonated so much for me and, I imagine, many other fans. Sometimes bizarre lyrics can be incredibly interesting (Ziggy Stardust), but that’s not something Arctic Monkeys have ever done, and probably never should have.

Every album, from their debut Whatever People Say I Am, That’s What I’m Not, to the fork in the road, career-changing Humbug, to their best album 2013’s AM, had been full of personal experiences that Turner and Co. had worked into an incredibly relatable story with appropriately catchy music. However, Tranquility Base Hotel and Casino comes off as a 45-minute stream of consciousness from a man who wanted to play the finish off his piano keys and turned to H.P. Lovecraft novels as tales of inspiration.

Turner admitted during a recent interview that he felt no inspiration while holding his guitar to write songs, rather only feeling anything while sitting behind a Steinway Vertegrand piano – and dear god, does it show on this album. The biggest problem with this album is the similarity amongst the tracks. Every song is swimming in the same overpowering keyboard sound. Rather than a dusting of it for a track or two, like “Pretty Visitors” or “505,” it’s the centerpiece of the entire album.

It comes off, to me, as a lack of trust in his collaborators (bandmates Jamie Cook, Nick O’Malley and Matt Helders, along with longtime producer James Ford) to help him make a uniquely sounding album with more than just his current instrument of choice. It’s as though he recorded it all on demo tapes, then threw them at Cook, Helders, O’Malley and Ford and said, “Alright then, ‘ave a go at making an album with that.” 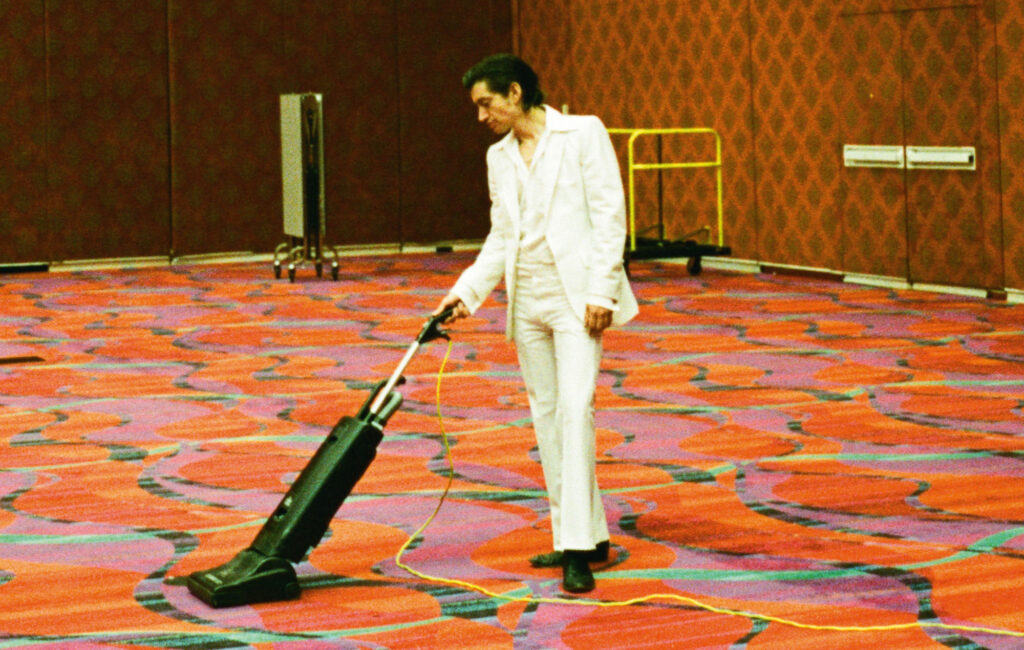 Arctic Monkeys’ strength has always been the lyrical prowess in which Turner would cleverly make his unique situation into something universally relatable. Beginning with their debut album, WPSIATWIN. The 19-year-old brilliantly analyzed a prostitute from the slums of Sheffield and wondered how she got to this point, without passing judgement (“I’m sorry love, I’ll have to turn you down”), rather reserving ire for the scummy man manipulating her. Though we may not have vast experience with prostitution in the slummy area of a city in Northern England, we can relate to emotional manipulation in relationships.

Their second album, Favourite Worst Nightmare, incorporates themes of fame, since the band were in a totally different position than before. Yet, it still gave plenty of inspiration for Turner to write in a relatable way. One of their best songs of all time, “Do Me a Favour,” is about ending a relationship because he needed to relocate to London to continue his music career. Again, not something entirely relatable, but Turner wrote it in broad enough terms that it became so. We can all understand breaking up with someone for no reason other than our lives are changing. Even situations that lacked a true sense of alignment with his audience (“If You Were There, Beware” is about the pressure of the paparazzi and living in the limelight) were saved by infectious musical accompaniment.

When Arctic Monkeys were lacking inspiration for their third album, they veered west to the California desert and created Humbug. While this new sound wasn’t what we’d expected, it was what Turner needed to produce the quality of music he was happy with. He tried something completely different from their first two efforts. Humbug was slower, and much darker, and it worked. It worked because he trusted his musical collaborators (Josh Homme produced it) and he still wrote lyrics about something we can all understand – the pain and complexity of relationships. “Dance Little Liar” tells a story of getting caught in a web of lies and how much extra effort it takes to keep up with it.

“I heard the truth was built to bend.
A mechanism to suspend.
The guilt is what you will require.
And still you’ve got to dance little liar.”

Maybe it’s extremely personal to Alex, maybe not, either way, it’s relatable as a listener because liars are something we all have experience with. There’s a relationship with what he’s saying.

Compare any of those lyrical examples with their first single from Tranquility Base Hotel and Casino, “Four Out of Five”:
“Come and stay with us, it’s such an easy flight.
Cute new places keep on popping up.
Since the exodus, it’s all getting gentrified.
I put a taqueria on the roof, it was well reviewed.
Four stars out of five, and that’s unheard of.”

I mean, if you’re a small business owner or have an Etsy shop that hits close to home… I guess? Otherwise, this leaves no room for interpretation, nothing metaphorical, nothing relatable. It’s has none of what made Arctic Monkeys so successful to this point.

AM was the breakthrough that made the entire world aware of the brilliance of Arctic Monkeys. It’s a 12-track journey of the doubt, shame, and excitement a person’s heart can take them on. Every twist and turn is explored, and we’re along for the ride with him as he struggles to find the answers. The detail of each interaction is painted so vividly, yet broadly enough that everyone can relate. Take these lyrics from “Arabella” and try not to feel something wonderful and moving:
“My days end best when the sunset gets itself behind
That little lady sitting on the passenger side.
It’s much less picturesque without her catching the light.
The horizon tries but it’s just not as kind on the eyes… as Arabella.”

Where AM stands apart, and possibly helped Turner over the inspiration hump in which Tranquility Base Hotel and Casino lacks greatly, is that he seemed to rely on his bandmates – namely the rhythm section of Helders and O’Malley – to provide the canvas for this lyrical masterpiece. A slow and steady groove helps the incredibly visceral storytelling to move along with a calming presence and contrasts the emotional uncertainty. It blends together as a therapy session more effective than any Beverly Hills shrink could provide – and it resonated with SO many people.

Tranquility Base Hotel and Casino takes overly ambitious risks for no apparent reason, other than Turner seemed bored. The biggest misstep seemed to be that Turner had lost the confidence in his bandmates to help him write truly magnificent music. This is closer to the release of The Last Shadow Puppets album Everything You’ve Come to Expect, than the last Arctic Monkeys release AM, and I think it shows how the trust in the Arctic Monkeys crew has given way to other muses in his life.

Rather than give some of the songwriting control over to others, Tranquility Base Hotel and Casino is immersed in abstract lyrics no one can relate to and meandering music with no excitement. Even with rambling lyrics, if there was an anchor of music we could latch onto, or a change in the pace that made us feel something, it could be a more fulfilling listen. Instead, the rest of the band gets lost behind a wall of keyboards that dominates EVERY track.

I still give points to the fact they aren’t trying to churn out the same album over and over. And, admittedly, it’s better the more you listen (and perhaps while on a substance). They veered from what they normally do, but they went too far out of their lane. This lacked the inspiration, the collaboration, and most importantly, the intimacy, we’ve come to love from Arctic Monkeys.

“Four Out of Five”
It’s probably the only one that resembles a single. There’s a melody. Which is a rare to find on this album. And the keyboard riffs are kept to a minimum, also refreshing. Lyrically it’s weird, but in a good way.

“Tranquility Base Hotel and Casino”
This is one of the few faster paced moments of the album which helps break through the malaise that’s built up while listening to the incredibly similar set of songs. Also, one of the things Alex Turner doesn’t do as much as I’d like, is try different vocal ranges when he sings. This track definitely allows him to experiment a little more with a variety of tones, even though I have no idea who the fuck “Mark” is.

“Star Treatment”
Interesting track, but it’s way, WAY too long. Cool lyrics about wanting “to be one of The Strokes,” which, according to most of what I know of Alex from interviews, is a very accurate sentiment.

Album Review: What Went Down by Foals

Album Review: I See You by The xx

You may have missed

Album Review: What Went Down by Foals